Welcome to our WordPress Blog.

Our goal is to tell stories and make films that bring the beauty of things closer to you. Sometimes that beauty is wondrous and magnificent, sometimes small and inspiring. Sometimes it is touched with sadness or longing, but that is for you to judge. We love making films and telling stories. From wildlife and nature through to the colour and energy of commercials , drama, and music videos.

Wild Dog Productions was founded in 1997, to meet  clients’ needs for video and film communications beyond advertising. www.wilddogs.co.za

In so doing, Wild Dogs found themselves fairly quickly involved in producing sponsored content for broadcasters. Their first ever documentary ” Wild Dogs:Painted Wolves” was shot for a dog-food client who was donating their product  to feed captive-bred  wild dogs. If the product was good enough for wild dogs, dog owners out there needed to know about it, and so a documentary on the dogs, and their vulnerability, was shot, and screened on SABC TV3. 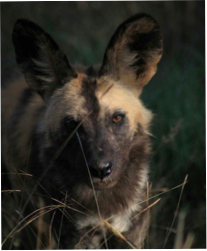 The documentary went on to win several awards, locally and internationally. With the success of this form of broader communication, where an audience of potential customers could be entertained and informed about something close to their empathies, without being bombarded by yet another commercial, Wild Dogs came into being.

Quite naturally, we called  the company  Wild Dog Productions. Since that time, Wild Dog has expanded its operations with offices in Southern Africa,and an affiliate office in Arkansas, USA. Its productions embrace many genres, from commercials to corporates, documentary to drama.

This site uses Akismet to reduce spam. Learn how your comment data is processed.